Crap. How did I get to be 30 already? It seems like only last Tuesday it was 1999 and I was 29. Well…now that I’m all growed up, I guess I’ve got to listen to grown-up music. Ahhh…easy listening. Or, wait!!! Frank Sinatra, yup, Frank, Deano those dudes, they were the sh*t.

Now what to buy, what to buy? Well, it’s not like I was there when this stuff was happening the first time around, so I’m gonna take some other music director dudes word for it and buy an anthology. And you know what, I’m going to play the heck out of that thing until I know every freakin word by heart, and can sing it just like they do. That’s what I’m gonna do.

That’s what I did. Like the 90’s, the 00’s (how the heck do you say that anyway? Seriously. Someone help me out.) were a kind of musical void for me. I admit it I am popcist (for those of you not living in my head that would be a cross between pop music and racist). I also admit that I love Jazz which really made Frank and Dean and all of their brethren a no-brainer for me, as well as Ella Fitzgerald, Billie Holiday, Etta James and the like. I also explored 50’s music across the board and found an amazingly varied genre. Buuutttt…..that’s a story for another day. 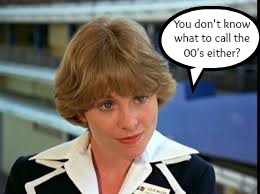 This is TWISTED MIXTAPE TUESDAY and I am your Music Director, Jen Kehl. (Think the music equivalent of Julie from the Love Boat only brown hair, wearing t-shirts and jeans, and definitely not cheerful 24/7, oh yeah and not on a boat) For this week’s MixTape we will be playing:

Now keep in mind. Next week’s topic will cover music from the 10’s (?’s what the heck? are we going to call them the 10’s? Really?) at that time you can still include music from the Zilches. But for this week STAY OUT OF 2010 and beyond ond ond ond…… Anything prior to this “decade that will remain nameless” is fair game. If you want to create a theme within a theme, have at it! If you want to pretend you’re you and this is the 21st Century and you are making a mixtape for some person, dog or vegetable, then play on my friend!

Chillaxing With My Hero Zero

Yoshimi Battles Pink Robots -Flaming Lips (2002)   Psych! This one is actually from the oh oh’s ha! For those of you not acquainted with the brilliance that is Wayne Coyne and the Flaming Lips. Enjoy and seek out further brilliance by googling this underground icon.

When the Morning Comes – Hall and Oates (1973) After the 80’s were over and I regained some of my sensibilities, I began to explore some of the lesser known songs of some extremely famous musical icons. This song so deserves the listen. Also, possibly one of my favorite names for an album “Abandoned Luncheonette.” p.s. I cannot promise you I won’t use this song in the future on another mixtape because it’s lyrics lend itself SO WELL.

Dude, I have wanted to include my beloved Jimi in a list for SO LONG, this song was in heavy rotation for me in that decade that confounds me.

Long Hot Summer Night – Jimi Hendrix (1968) Dude, I have wanted to include my beloved Jimi in a list for SO LONG, this song was in heavy rotation for me in that decade that confounds me.

Now for the fun part. The rules of Twisted MixTape are as such: Try and create a 5 song mix based on this week’s theme. As we move through the decades the assumption is you know about the music in the past, but not what is to come. Create your own post and link it up, or put your mix in the comments. If you’re going to link-up there must be a song – relating to the theme – in your post. And really, we love songs in the comments! So bring it!
Share this all over the place, the more the merrier. And go visit my lovely cohort, without whom I would have never had the guts to make this happen – Kristi at Finding Ninee. She’s always got a song, a funny story and some silly Drawrings. Mostly, just have fun, there’ s no pressure here.

And if you want to own any of these songs, click these links to go straight to iTunes:

Aug 6 – The 00′s part 2 up to and including 2013
Aug 13 – Duets ( this can be duets or duos like Hall & Oats or Loggins & Messina you decide)
Aug 20 – No Strings Attached (I know none of us feel this way – wink wink.  But there are a lot of great songs about having a relationship/one night stand with no strings attached)
August 27 – You know what? I suck/ You suck. Get your venom out here, or maybe that ballad that basically says ‘you suck’”, or play it this way: you’re the one who did wrong and you know it. This is your apology/acknowledgement for being an ass. Or a mix of the two. You decide.
September 3 – “BEST OF” pick a band, any band, and put together a “Best of” playlist. Easy peasy for the holiday weekend.